Fire, The Wheel, Spreadsheets, and The Future 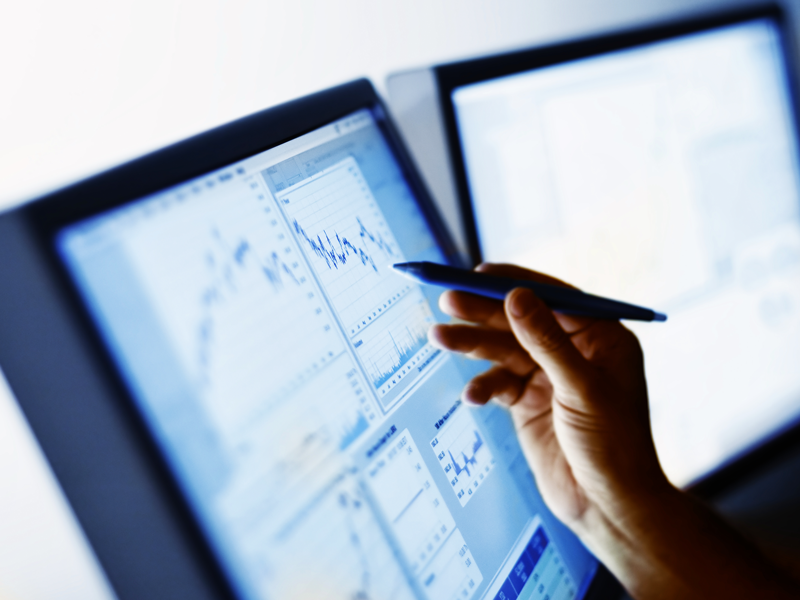 As challenges grow, bankers still rely on a longtime standby. Their ease with spreadsheets suggests that this represents a good front end for more advanced analytical packages, according to a report by Syntellis Performance Solutions, previously Kaufman Hall Software.

The time: The early 1980s. The place: The rudimentary computer lab at the American Bankers Association Stonier Graduate School of Banking at Rutgers University. The players: A small group of bankers and an observer gathered around a computer instructor-intern and a very early IBM PC, with one floppy-disk drive and a black-and-white screen with resolution so poor that today you’d think you were going blind.

What they are all looking at is a demonstration version of VisiCalc, the first personal computer spreadsheet software, originally developed for the Apple II. Compared to what bankers routinely use today, watching them learn to use this first step beyond pads of green-paper spreadsheets, over three decades ago, was like watching cave men experiment with a rudimentary wheel. Yet it is said that VisiCalc turned a toy with a keyboard into today’s business tool.

Today, that intern is a community bank chairman, the young observer is a banking magazine senior editor, and the others are likely retired or near it.

But the industry, having passed through the age of Lotus 1-2-3, where spreadsheet met database met graphics, and then into the age of Microsoft Excel, the financial services industry, with many sophisticated forms of management software available, finds itself in an interesting place: It still leans heavily on spreadsheet software.

And spreadsheet programs, in the words of the survey, “aren’t going anywhere.”

Levey’s company, makers of Axiom software, recently completed its 2017 CFO Outlook: Performance Management Trends And Priorities In Financial Institutions. The research, based on surveys of 350 global CFOs and senior finance professionals, looked at the barriers they face and their progress towards use of the most up-to-date, and agile, planning methods. (Of the 350, 64 participants were from financial institutions, including 52 banks, ten credit unions, and two member institutions of the Farm Credit System. The 64 ranged in size from $750 million to $20 billion. Numbers in this article come from the 64 financial institutions.)

“Many are quick to criticize the spreadsheet, and for good reason,” the survey report states. “Version control, security, and manual integration with other data sources all serve as roadblocks to effective performance management. But, for better or for worse, they certainly do not appear to be going anywhere.”

The study found that 86% of total financial services respondents use spreadsheets to supplement their company’s core system. More specifically:

Levey says that some clients will say that they want to migrate away from spreadsheets. But in spite of what they say, he explains, they still like having this familiar standby at hand to supplement more modern analytical tools. What handyman doesn’t have a favorite screwdriver or wrench?

“This doesn’t surprise me at all,” says Levey. The company has performed similar research in other vertical markets, he says, and in less “financial” fields, willingness to give up the spreadsheet is stronger. But even in these other fields, the small group of spreadsheet “power users” continue to hang onto their weapon of choice.

Banking’s iron grip on Excel and the like is not just a matter of preference, however. It gets at what banks and other organizations increasingly wish to do with the data they have—and data they know they have to find.

One of the report's premises is that today’s finance leaders have more and more on their plates. Their role “has evolved to that of a trusted strategic advisor for the entire business,” according to the study. “… There is an enormous amount of pressure on finance leaders to analyze information, tracking key initiatives, measuring and reporting financial impacts, and effectively communicating the results to stakeholders across the organization.”

The survey found that one in three financial services respondents feel very confident in their team’s ability to be agile. Even the budgeting process in many organizations today stretches through more of the year than ever, says Levey. Where it was once a three- or four-month process resulting in a hard budget, says Levey, now the result tends to be more a series of rolling forecasts.

Yet, “the bar has been raised,” says Levey, a 28-year veteran in the financial software field. He explains that finance executives understand that they need to be more tactical in their work and their management of their function. Little is a matter of rote, anymore, and frequent testing of plans has become a must.

And this is part of where CFOs feel their groups have much to improve, says Levey.

“Banks have historically been very good at descriptive analytics,” he explains. Measuring, tracking, and reporting basics like return on average assets, return on average equity, yields, and elements of operational reporting, those are all in the traditional skill set. (Even here, the survey found that only one in ten finance executives were “very satisfied” with their institution’s performance management reporting.)

“Where bankers haven’t been so good,” says Levey, “is diagnostic analysis.” It is one thing to know the results, he explains, but knowing how—and why—the organization produced those results is more and more important. And that demands not only a comfort level with many additional types of data, ranging from credit information to demographics, but the ability to manipulate them to see what activities are most productive for the bank.

Knowing what loans add the most value to the bank’s bottom line—and knowing how to keep tabs on the performance of the associated borrowers—is an example of the increased vision expected of the finance function.

Already, Levey sees an evolution going on. A new generation is coming into banking that is much more comfortable with a broad view of data, and interested—and trained—in relating divergent streams of information to reach conclusions.

In the survey, 97% of total respondents said they felt that their company should be doing more to improve strategic decision-making by leveraging financial and operational data.

Cleaning up your act

However, there are some barriers to the improved views, and resulting action, that finance executives would like to see.

Levey explains that while banks represent vast troves of data, that data sometimes leaves something to be desired. What banks have isn’t always “clean” data. (Six in ten of financial services respondents cited the issue of “access to clean, consistent, and trusted data.”)

As an example he points to the bank’s mortgage portfolio. Often the loans a bank holds are adjustable-rate mortgages. Does the bank have a clear and consistent record, available for top-down analysis, of when various parts of the portfolio will adjust in rate?

Sometimes the design of information gathering protocols is lacking, but plain old human error is also a factor.

“A lot of time and effort and money is needed to fix data,” says Levey.

Have to spend to improve

And that gets at another finding of the survey: resource constraints.

Respondents seem to have a good handle on what they need to do, but over six in ten indicated they lacked resources. In addition, 45% said their company used outdated processes, and 42% said having “insufficient tools” hurt their efforts.

One potential improvement in the industry’s toolset brings traditional and leading edge together.

“To be effective,” states the survey report, “modern planning solutions must embrace spreadsheets and give finance power users a familiar user interface for sophisticated modeling and analysis.”