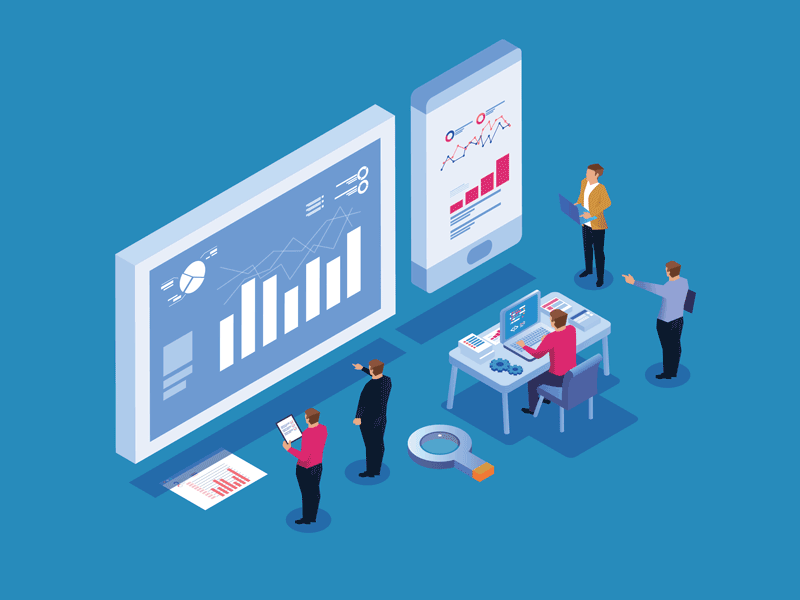 We recently sat down with dozens of Axiom® Rolling Forecasting clients to discuss how they’re using the application to manage the financial ramifications of the COVID-19 crisis. The following is an excerpt from that discussion. Responses have been edited for clarity.

How are you utilizing initiatives, one-time adjustments, or scenarios in Rolling Forecasting to track COVID-19 expenses for FEMA reimbursement or volume shifts?

John Wong, Director of Financial Planning and Reporting, Scripps Health, San Diego: Scripps Health replaced an annual budget process with the rolling forecast process around two years ago. We turn our fourth-quarter projection into a target. It’s more of a high-level budget for the following year, but after each quarter-end, we project six quarters ahead.

We’re actually utilizing all three Rolling Forecasting capabilities — initiatives, one-time adjustments, and scenarios. We use initiatives because they’re above and beyond the run rates. We use them to capture anything that projects and shifts from that trend, such as the CARES Act revenue that we’re expecting, as well as FEMA reimbursement. We see some mix of that shift in history, but we know there’s going to be heavier impact into future quarters.

Some COVID-19 expenses are in our run rate, so we’re trying to quantify what’s in the run rate from Q2 and then use initiatives to add those expenses that are above the Q2 run rate. New examples include hiring new ICU nurses, as well as new mandatory PTO and flextime in Q3 and Q4. We’ve found one-time adjustments to be a very flexible field in the forecast templates because they’re controlled by a central table, so you can preload your volumes without opening all the templates.

We preloaded all our volumes to begin our rolling forecast process. We also use that field to adjust volumes in the four different scenarios we put together. Those scenarios are:

Our first pass at the rolling forecast was the best-case scenario. By using those assumptions, we made four copies of this particular scenario in a waterfall table, and then tweaked the assumptions that went into each of those scenarios differently to project the worst-case lower volume, mid-case, and the better-case, along with other assumptions we’re putting into each one.

It’s almost like doing four different rolling forecasts, but we started with one that had all the assumptions that went through all our normal stages. With those workbooks in place, we’re simply tweaking the volumes at a high-level and then adding assumptions to help project the differences in the scenarios.

Erin Baker, Budget and Reporting Manager, OHSU, Portland, Oregon: Over the last couple of months, we’ve opened specific cost centers for centralized COVID-19 tracking, and we’ve used those to develop independent rolling forecasting groups so that we can isolate that at a group level. We don’t want the number of our groups to get very high, but we felt there was added value if most of the costs were centralized in three or four departments. We made an additional forecast group so that when we do additional modeling, we can exclude those types of expenses because they wouldn’t really be in a typical year for us.

We also have additional element codes that our payroll department has developed. We’re working on how to identify those in productive and non-productive categories, and we’re going to isolate those as COVID-19 pay elements. We can also isolate some of our spend related to specific incentives related to COVID-19 pay.

How are you using Axiom Rolling Forecasting differently now than you did 3 months ago?

Adam Gingery, Chief Financial Officer, Western Wisconsin Health, Baldwin, Wisconsin: I haven’t adjusted the forecast from how it was originally set up to accommodate for COVID-19 because as far as I’m concerned, the whole situation reflects why you want to be a forecaster and not a budgeter.

We just converted this year to having the forecast come from the budget, and I’ve used this situation as an example as to why we did that. I told our Board, “You can fire me if you want, but the reality is that I did not predict the COVID-19 pandemic to happen this year. Consequently, we have to change lanes a little bit.” The reality is it took a global pandemic to help drive a point home, but it did a nice job with that.

I look at what’s going to impact my KPIs (key performance indicators), specifically around revenue per unit. When you jump away from your net profitability and specifically look at your KPIs, they tell a better story. They tell a story from a predictive standpoint, but not with a high degree of specificity. You can now see the overall impact.

We haven’t really adjusted our game plan for COVID-19, but it’s helped light the fire as to why a rolling forecast is important by helping us predict when we will come out of it. And so far, so good.

It’s really meant to be more fluid so that we can have that conversation about where we should we be going. As a small organization, our profitability really is our capital spending ability. In the middle of a year, you don’t want to get to a spot where you need capital, but you don’t have any money to spend on it. You want to start looking out in the future and say, “Should we continue going forward with some of these projects, or do we really need to hold off on all of it?” And that’s where this becomes more valuable. It’s been a better conversation at the Board level than comparing something to a budget. We can instead focus on how we move forward.

Has there been any change within your organization on how you utilize a rolling forecast now?

Baker: As John Wong mentioned, we upload our fourth quarter as a budget or a high-level target, and this year we still have to submit something for FY21, which is a feat in itself, but then we also have an additional Board meeting set up for October. We’ll have an opportunity to revise the projections after we close the year in another couple of months.

We’re going to meet in August and then work again in September to revise information for FY21 based on where we’re going to land next week compared to a couple of months from now. That will be something different that we typically haven’t done.

Do you adjust historical volumes to fix trends or do you leave the historical trend and fix the future forecast volumes? Is there a best practice that you feel is the best way to approach that?

Wong: We abandoned the forecast methodologies. I don’t think any of them really apply because you just don’t know what’s going to happen in future quarters. I don’t think adjusting history really helps, and that’s where I think the one-time adjustments came in handy for us where we would reach out to our finance and operational leaders to help us determine what they expect based on businesses opening up, as well as what surgeries and electives are going to project.

We’ve done a lot of daily reporting. We look at our charges almost daily just to see what areas are picking up or decreasing. We use that daily snapshot to help determine what the lowest point is for the worst-case scenario, mid-point, a better case, and a best-case scenario. The forecast methodologies work great when it’s business as usual, but this is absolutely an exception and we just can’t use that history to determine how the future is going to look at this point.

How are you shutting that off right now?

Wong: We let them ride. We spent some time determining which forecast methodology worked best for each forecast group, and we left that as is because we have the one-time adjustment feature now. We’re letting them basically override it with whatever they feel is going to happen. We’ll just look at a rolling 12-month timeframe as a baseline ending in March, and then from there use a factor to determine what the projected quarters are going to look like based on the four different scenarios. It’s just basically allowing them to come up with their own forecast methodologies in that sense.

What words of advice do you have on how to get through the next couple of quarters for our newer Rolling Forecast clients?

Gingery: Stick with what you know for fact. There’s a lot of speculation that happens. Stick to your numbers, look at your KPIs, look back in history, and make sure that the KPIs make sense to you as you read through them. Once you’ve done that, your forecasts are usually fairly accurate. If you see any kind of aberration, trust the data. And then move forward that way.

Baker: We’re working with all of our leaders to look at daily reporting. Spreading it out over time to 30-, 45-, 60-, and 90-day periods has provided us helpful information in guiding our future versus just spending so much time on what’s right in front of us with how do we think we’re going to end the fiscal year. More importantly, what’s our daily information and how is that going to lend to our future opening and our future quarters. We’re spending a lot more time doing that than we have in the past.

Wong: I have the same sentiments. In addition, I feel the scenarios are a good way to really see the worst-case scenario and capture that first two weeks of April to determine what happened during that timeframe. Is that our bottom-out scenario? Could it get worse than that? Possibly. But at least we know that’s the worst-case scenario. We’ve seen the trends in our daily reporting of pickups over the last couple months that will help us determine that midpoint and then the better point.

We haven’t, obviously, gotten back to that best-case scenario yet, but I think having the four different scenarios will at least give our Board and operational leaders some confidence about the possible scenarios and that we can hopefully land somewhere in the middle or toward the better case. At least our Board has some sense that we’ve modeled what could happen.

Scenario modeling gives us areas of focus with the level of detail to say, “In a mid-case scenario, we know that certain areas of our business are going to be harder hit. How can we mitigate that impact?” The same can probably be done with KPIs and your highs and lows, but the four scenarios give you that additional level of reporting and more modeling so that you can add in mitigating initiatives.

Catherine McKenzie, Director of Financial Planning and Reimbursement, Hamilton Health Care System, Dalton, Georgia: We’ve been doing a rolling forecast for five years now, and it replaced our budget. During these next few months, we’ve discussed doing scenarios mid-quarter, or taking our plan from a quarter and playing with it as a scenario. I think using scenarios is a great way to do that.

We’re monitoring daily information a lot more closely through several reports. We use Axiom Productivity here at the hospital. That’s resurfaced as a big topic, and we’re trying to get as much information out of it daily to watch what’s happening.